When a company embraces the idea of digital transformation, it helps them become more efficient, streamline their processes, and also become more customer-centric, all of which are essential goals for ongoing competitiveness.

To usher your company through a digital transformation, you may wonder if there are certain roles or positions you need to create or fill, one of which might be a chief information officer or a CIO.

The following is a brief rundown of what a CIO is, what their role is and what their duties might look like, as well as how they compare to a CTO since the two are often confused with one another. 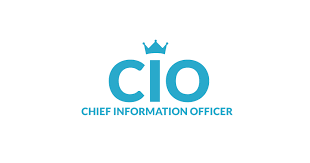 What Is a CIO?

First things first—what is a CIO? A CIO is an organization’s top-level technology executive. CIOs are found in private enterprise as well as government entities and non-profits.

What does a CIO do?

While the specifics can vary depending on the organization, they primarily work to lead the technology strategy where they work. They will create the strategy and they head up the implementation of the strategy. CIOs will work along with other C-level executives as well because much of what they’re doing has to be in line with bigger business goals.

CIOs are often in charge of integrating the technology areas of an organization with other parts of the business.

It used to be that a CIO was primarily a technical role, but this isn’t the case as much currently. CIOs are more focused on the bigger picture, and they work on creating and bringing to fruition organizational goals.

The CIO role is one that’s growing and changing quickly as part of the overall digital transformation happening in all areas of society. Businesses and other entities are increasingly relying on their digital assets as key parts of their success strategies, making the CIO role one that’s very in-demand.

Who Works with a CIO?

While it can vary depending on the structure of the organization, the CIO is usually directly under the CEO, and a CIO may be on the executive board in some businesses.

CIOs work daily with the IT staff, and there also seems to be a trend where CIOs work closely with chief marketing officers (CMOs) as well.

IBM conducted their Global C-Suite Study and found when the CIO and CMO have a close working relationship, the business tends to perform better than competitors.

What Skills Are Required of a CIO?

Some of the hard skills a CIO may need to have include proficiency with software applications and the creation of not only a framework for IT services but also IT security policies. IT security is a big one currently.

A CIO will be in charge of recruiting, hiring, and managing IT staff so they’ll need skills related to this and project and budget management skills are relevant also.

CIOs work on establishing partnerships with service providers, so they’ll have to be strategic and skilled at long-term relationship-building.

Change management skills are important because technology evolves so quickly, and a company needs someone at the helm to guide through these rapid shifts and this constant evolution. 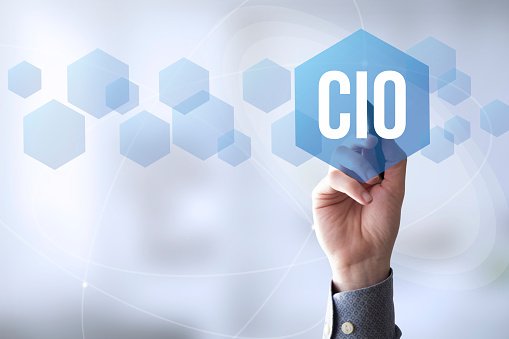 How is a CIO Different from an IT Director?

A CIO is someone whose focus is going to be on leadership and strategy. An IT director, on the otherhand, is more focused on what’s happening day-to-day. Most IT directors report to CIOs, especially at very large companies.

In smaller companies, there may not be a CIO, so in these cases, an IT director may fulfill some of the roles a CIO would at a larger organization.

What about the differences between a CIO and a chief technology officer (CTO)?

Usually the structure of most companies will have a CTO reporting directly to a CIO, but of course, this doesn’t have to be the case.

Again a CIO is going to look more toward relationship management and broad strategies, while a CTO is more focused on finding the new technologies or sources of innovation to put these strategies in place. CTOs may also work on external technologies that a company develops and sells, while a CIOs work is mostly geared toward internal objectives.

Regardless of the specifics, it’s likely that more companies will start looking for the skills of a CIO to lead their own digital transformation.