Have you ever wondered how an air conditioning unit works? It seems simple enough doesn’t it? Warm air goes in, cold air comes out and the room temperature drops.  But what exactly is going on inside the unit?

We all know that water can take different forms (known as states).  When it is below 0C it forms ice – a solid.  At room temperature it is a liquid and when it boils at 100C it forms steam – a gas. Or at least that is true if the pressure is normal atmospheric pressure.  In fact, if you were to climb Mount Everest, where the air pressure is about a 1/3 of what it is at sea level; your water would boil at 71C.

Parts of the system

All air conditioners have the following parts: 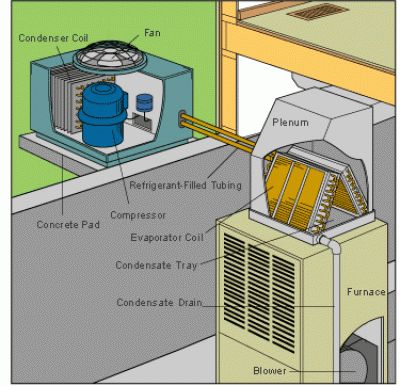 These are a set of pipes containing refrigerant. As air is blown across them they allow the refrigerant to warm up and evaporate.  This is where the excess heat in the air is removed.  The air is returned to the room, which allows more warm air to come into contact with the coils.

This is really just a large electric pump.  By squeezing the gaseous refrigerant it makes space for more to enter the chamber, which creates a flow of refrigerant around the air conditioner.

These are another set of pipes, this time containing the heated up, pressurised refrigerant.  As air is blown across these pipes the heat is removed from the system, usually just to the outdoors but it could be used for heating another area.

The fans are the parts of the system that keeps the air moving. If the air can’t move across the coils then heat cannot be exchanged between the refrigerant and the air.  If air is not kept moving across the condenser coils, in extreme cases the coils themselves could freeze and damage the system.

The expansion valve regulates the flow of liquid refrigerant into the evaporator coils, which gives the liquid space to transform into a gas. 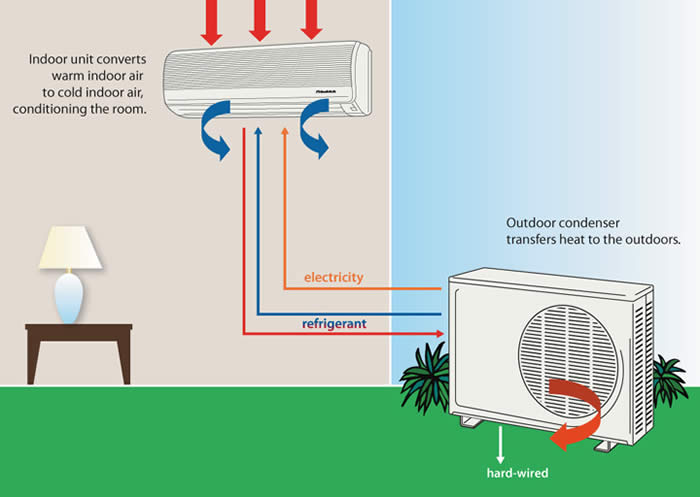 The thermostat measures the temperature of the air and shuts off the system when the desired temperature is reached and starts it up again if it detects a rise in air temperature.

Portable and window mounted systems combine the whole system into one unit, which makes them less efficient as heat can “leak” from the hot side of the system to the “cold” side.

Central air conditioning systems are simply extremely large split-system systems.  However they can run into problems if the system gets too large, as the refrigerant cannot be pumped over large distances.

Chilled water systems use the same basic principles but instead of cooling the air they cool a flow of water.  Insulated pipes distribute the chilled water to air handlers around the building. Each air handler works in a similar way to the evaporator coils only instead of the air warming the refrigerant it warms the water, which is then pumped away.

In some very large systems a cooling tower is used to remove the heat from the condenser coils.  These systems need to be topped up with water and their cooling ability is affected by air pressure and humidity.

In areas where off-peak electricity is cheap, systems can be built that freeze water overnight and use the ice created to cool the air during the day when the building is in use. 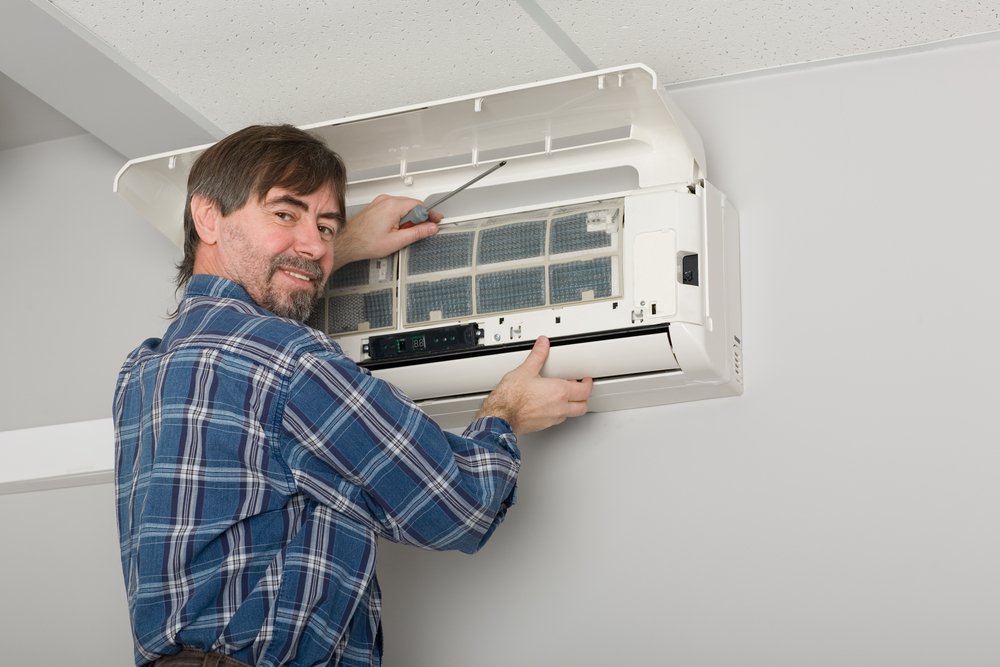 Most systems are rated in Btu or British Thermal Units or tons.  One Btu is the amount heat energy required to raise the temperature of one pound of water (450ml) by one degree Fahrenheit (0.56C). One ton is equivalent to 12,000 Btu.  The measurement of cooling ability in tons dates back to before air conditioning was invented when blocks of ice were used.

A small system might have a rating of 10,000 Btu whilst a whole house system might be rated at 60,000 Btu or 5 ton.  An air conditioning contractor  is best placed to advise you on the correct rating for your needs.

The humidity of air is related to its temperature.  If you cool the air down some of the moisture trapped in it will condense out.  Thus, an air conditioning system will also act as a dehumidifier if required, however, this is simply a side effect of the air conditioning process and if precise humidity control is required a separate dehumidifier is necessary.

As you can see air conditioning systems are far more complex than they appear. It is important to adhere to the maintenance schedule.  Filters, which keep dust and spores from circulating with the air, need to be cleaned or replaced on a regular basis to ensure that the airflow across the coils is not compromised, which could lead to system failure. Ducting also needs to be kept clean to allow free airflow and inspected for damage.  Your air conditioning contractor will advise on the most appropriate maintenance regime for your system. 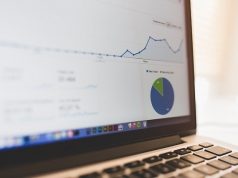 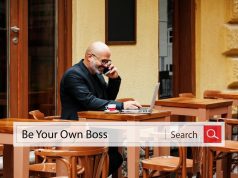 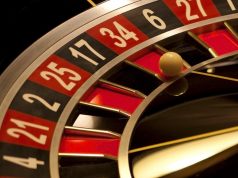