We live in a fast-paced world that taxes us both physically and emotionally. The demands of everyday life are significant as we have less and less time for pure fun.

While we are not suggesting that playing the slots are the be-all-and-end-all answer to everyday stress, one thing is certain: if you want to play and have fun, then try “a spin.” You will soon find out why, for the past 100 years, slots have been the game of choice over all other casino games.

A Nickel to Play

In 1891 Sittman and Pitt introduced the very first slot machine. A staple in bars throughout New York City, patrons could try their hand (and luck) for a nickel a play. The idea of the game was very simple back then; pull the lever to see if you could line up one of 50 cards to get a winning hand. That’s right – 50 cards, not 52 – as the machine’s deck omitted the jack of hearts and ten of spades to reduce the likelihood of a royal flush and a bigger payout by the house. 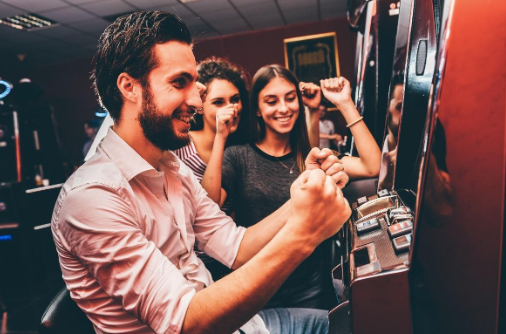 Even back then, the house was smart, but players could still hit the jackpot while having a great time!

Referred to as the Father of the Automatic Gambling Industry, Charles Fey invented the very first automatic payout slot machine.

Instead of using five drums with poker cards, the Bavarian-born Fey created a three-drum system introducing symbols – including bells. When the three bells were “lined up,” the slot would pay out fifty cents to the happy winner. This innovation made his Liberty Bell Slot Machine the most popular game of its time and laid the foundation for the diversity of themes for today’s slots.

For those who are sticklers of historical accounts, some suggest that Fey modified an earlier version of the automatic payout machine. We are talking about Gustav Schultze’s “Horseshoe” machine. However, since we weren’t there at the time, this age-old debate continues.

Why Fruit is Good

Many states banned slot machines in 1902, forcing Fey and those with him in the gaming industry to find creative ways to keep people playing.

In response, Fey and company replaced playing cards with pictures of fruit and candy. Do the familiar three-cherries come to mind? 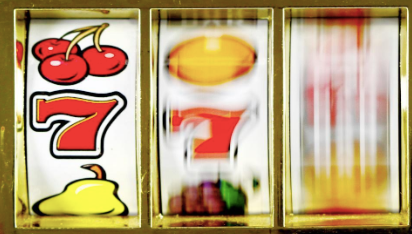 Instead of paying out money to the winners, shop proprietors paid out packets of gum and other confectionery items instead.

It was a sweet deal for everyone involved, including the players, who still got the thrill of winning.

The Lever of Change

It was an incredible advancement from the solely mechanical versions of years past, and even though a pulling lever was not required, it was still a familiar appendage as it was the point of familiarity with players.

More aesthetically appealing with the option of multi-coin play and winning bigger jackpots, players loved the look and feel of the new game.

As the slot technology continued to advance, the lever was eventually removed but remained an iconic symbol of the early days of the slot machine. 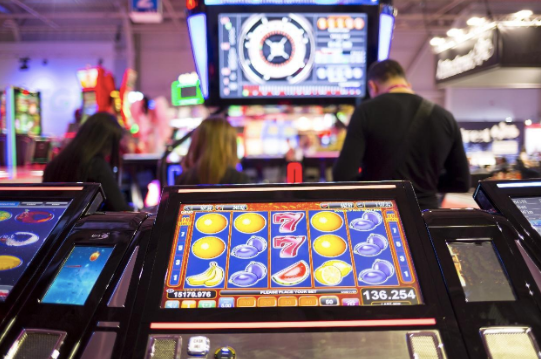 It was, of course, only a matter of time before the next wave of slot machine technology would evolve to take the play to a whole new level of experience and fun for the player.

The age of the microchip brought with it the emergence of both the video slot machine and online slot machine.

With no moving parts, the current-day video version of Fey’s invention provides a diversity of visual imagery and levels of play with bigger winnings that we are sure even he would not have imagined.

Conversely, the online slots are equally, if not more so, amazing in that you can now conveniently bring the casino right into the comfort of your home. In the home version, you can have everything from traditional slots, all the way up to 12-reel slots with options to play for free so you can practice.

Even the old familiar lever has made a comeback in animated form.

The fact is that through technological advancements, these new slot machines provide a myriad of play options and much larger payouts than its predecessors that will appeal to the broadest group of players ever.

So, what is the future of the tried and true slot machine?

There is talk of skill-based machines, as well as voice-activated play. And we can’t ignore the Bitcoin factor. All-in-all, the future of slots remains both exciting and robust.

We think that if he were alive today, Charles Fey would be pleased.